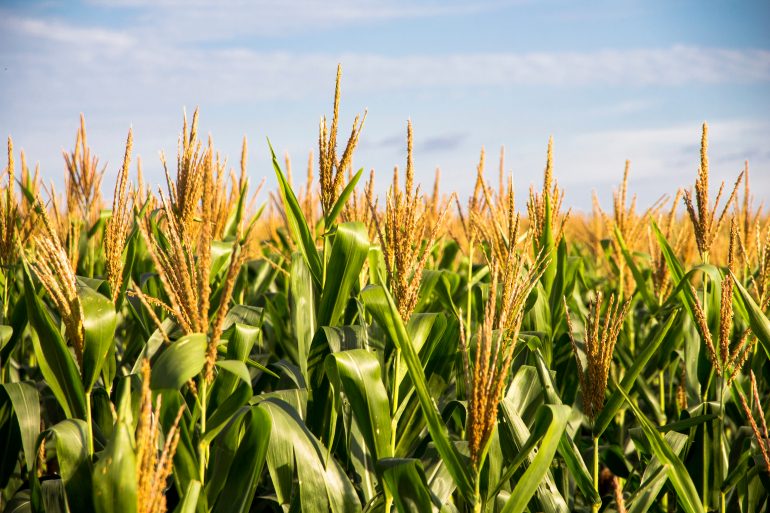 Senator Ben Sasse has written about detasseling corn, calling the job a rite of passage in his small hometown in Nebraska; perhaps it was that as well for us teens and pre-teens in my small hometown in Illinois, but mostly it was just a job, and after forty years of jobs, not one of which I’ve particularly liked, I can say without hesitation that detasseling corn still stands out, by far, as the worst job I have ever known. I won’t go so far as to say it’s the worst job in the world. I’ve read about people from the Untouchables caste in India who spend their days scooping human waste from public latrines, and many of the super-rich can often be heard complaining about the endless ways in which society victimizes them, so they, too, must not have easy work lives. But for my money (which isn’t much, and was, I think, $3.15 an hour back in the Seventies), detasseling corn is the worst a job can get.

It always started outrageously early for reasons that are still not clear to me today. We would rise at 4:30 and make our lunches and walk to the high school parking lot where a couple of school buses waited to transport us to the fields. The high school was just a block from our home, but for some kids it was further, and either their parents brought them or they carpooled with someone who had a license. It took upwards of an hour to get to the corn fields, so most of us copped a bit more sleep, but near the end of the journey we stopped in the small town of Gibson City where we picked up another couple dozen kids. When you grow up in a really small town, just about everything outside of that town is exotic, even kids from other small towns, and there was something thrilling about these unknown peers coming on board the bus. Oddly, we never spoke with them, and they never spoke with us, as if we were rival gangs. There was one especially attractive blonde who always wore a football jersey with the name “Sunshine” on the back.

At the fields we divided into crews and got to work, which entailed each of us walking between rows of corn, reaching up and yanking out the tassels. It was all about hybridization and cross-pollination, farmers rigging genetics to get the best yield possible, although I never once met a farmer who owned these fields; I just remember that we were working for Pioneer, a seed-corn conglomerate, and the person in charge was Curt Christianson, a high school teacher, football and wrestling coach who oversaw the detasseling operation as a summer gig. His family were close friends with ours, which is how I was allowed to do this work, even though I was only nine. The time was a little after five, the sun had just risen, and given how hot the day was going to be in just a few hours, it was always astonishing to me how cold it was when we began our work, largely because the corn was wet from dew and so, walking through it, we too were soon very wet, despite the Hefty garbage bags most of us wore as makeshift ponchos.

By eight, the corn was dry, and the sun was high enough for the day to begin to register as hot, but most of us put on our flannel shirts and buttoned the sleeves and the collar, our only defense against the leaves which left an untold number of paper cuts on any exposed skin; the truly desperate wore scarves, and one poor bastard I remember tried a ski mask for a while. Some days we worked in machines, these marvelous contraptions of tractors with metal arms extended a good twenty feet in each direction and on those arms baskets that we stood in to bend over and pull out the tassels. But the fields had to be perfectly dry, which was rare, or the machines too easily got stuck, and one bad picker would slow things way down for the rest of us, which became inefficient for Pioneer, so often we walked. We ate our lunch around ten, and we were done by one o’clock.

The drive home was always spirited and festive. People talked and sang, and the boys in the back chewed tobacco, leaf tobacco, Levi-Garret bulging from their cheeks, not these pansy little pinches of Skoal or Copenhagen dust. A few from our crew were intrepid enough to lob some comments Sunshine’s way, but she never responded, wouldn’t even turn around. We were all exhausted but too elated by a day’s miserable work being done to take a nap. Some talked of heading to the town pool once we got home, and I always marveled at their energy, but those were high school kids, and I was just nine, and pre-dawn wake ups followed by days of labor are simply more taxing on children. By the time I was twelve, I was headed to a second job for the afternoon after I finished detasseling. In the evenings, many of us boys played little league baseball and the girls played softball.

Almost everyone I knew detasseled; it was very much a part of a small town Midwestern childhood, at least in the Seventies and halfway through the Eighties; now mostly machines do the work. Kids who didn’t detassel usually had a job elsewhere—lifeguards or farm kids on their own family farms or kids who mowed lawns. Senator Sasse thinks that kind of hard work is missing from the lives of our children today. He thinks manual labor helps build character. I do think manual labor is good for the young, but I think the benefits are more physical than emotional or spiritual. Some of the biggest ass holes I know are people who have been doing manual labor their entire lives or at least did it during their earlier years while some of the finest people I know have been doing manual labor their entire lives or at least did it in their earlier years. If there is a correlation between manual labor and character, it escapes me. I was doing manual labor as late as the age of thirty-five, when I was working construction in Brooklyn, and the only thing it ever did for me was bore the holy hell out of me and keep me in shape. And pay my bills. Mark Twain once said that he’d spent his days doing manual labor, and he’d spent his days writing, and by far he preferred the latter, a line I toss to artists who complain how excruciating their work is.

And Senator Sasse himself seems a poor exhibit for the benefits to character derived from detasseling corn.

Senator Sasse has spent much of the last couple decades extolling the paramount importance of upholding the Constitution, something he swore to do when he took his oath of office, and yet, when there came to the Senate a bill preventing our president from taking funds from elsewhere to build his wall, something so painfully obvious a violation of the Constitution, Senator Sasse voted no. Senator Sasse is not a dumb man—a former professor and college president who got his Ph.D. in history at Yale, so he certainly knows what it looks like when a democracy slides towards something else, like fascism; he knows it happens not with a bang but a whimper, a bit-by-bit accretion that takes great pains not to draw attention to itself, and yet, he has been largely silent as those bits accrue before our very eyes on a regular basis, this latest week’s examples being a Secretary of the Treasury who violates law by forbidding the president’s tax returns to be given to a Congress who requested them, and an Attorney General who reveals he has no interest in upholding the nation’s laws and is, in fact, attacking many of the people whose job it is to enforce those laws.

I have a good friend, a former Navy SEAL, who often says that we never get to choose the moment of our crucible, that day or hour when everything we have professed to believe or worked toward is put to the test. How terribly strange and difficult it must be to fail that test and know it. Perhaps Senator Sasse leans on his faith to get him through these dark hours of failure, for he professes to be a man of faith, but then one wonders how stout that faith is if it can’t guide him to upholding his professed belief in the Constitution. He is not at the end of his story. After all, the Apostle Peter denied Jesus three times before the cock crowed only to go on and sacrifice his own life in service to our Lord. But history shows that the grip of evil is every bit as powerful—once one has chosen the dark side, one falls only deeper into it (see Graham; Lindsey). Senator Sasse has already passed some crucial moments of his story in which he abandoned those principles towards the Constitution he once professed to hold so dear. But it’s never too late. Now would be a terrific time for all that character Senator Sasse developed while detasseling corn finally to reveal itself.