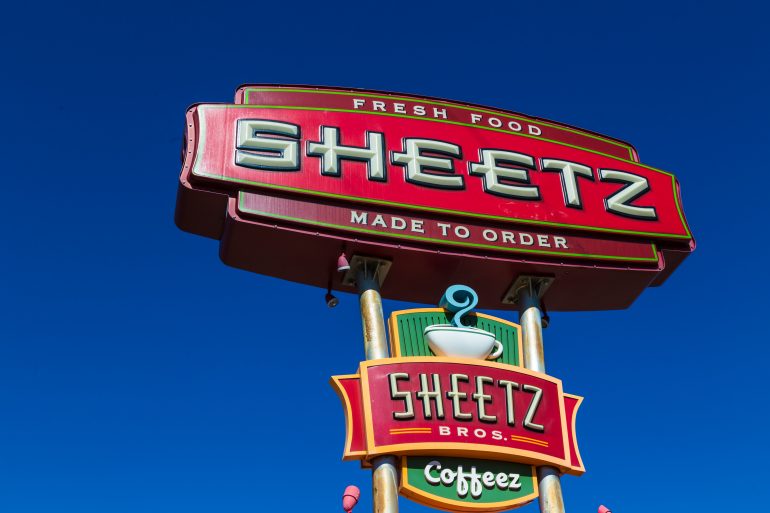 America turns everything into a competition, absolutely everything, and nothing is off-limits, even the sacred, like marriage. Given the rising cost of funerals, it is not hard to imagine in the near future a Home Makeover Death version in which producers come turn your Uncle Al’s humdrum funeral into something spectacular with a shiny new casket and a reception complete with open bar and buffet. It’s also simply a matter of time before Trump turns his presidential pardons into a weekly reality show with citizens choosing between two felons which one will be pardoned, much like Pilate did with Barabbas and you know who. (We will vote with our iPhones.)

And yet, there are those elements so fundamental to the fabric of our society that they do need to be submitted to a competition. Among those is, of course, the convenient store, for in our go-go-go society, what is more important than convenience? I cannot tell you the number of times I’ve been drenched by waves of patriotic fervor from watching yet another person avoid the wasting of time (and burning of calories) by opting for the drive-thru at Dunkin’ Doughnuts. Thus, in the spirit of competition and convenience, two of the four most important “c” words in America (capitalism and, of course, cantaloupe being the other two), I want to defend why I think Sheetz is easily the best convenient store in the country.

Unfortunately, not everyone has a chance to shop at a Sheetz. It was founded in Altoona, Pennsylvania, in 1952 by Bob Sheetz, and there are a number of them all across the Keystone State. I have also happily pulled my minivan into one as far west as Ohio and as far south as Virginia, and I’ve found them in Maryland and West Virginia, too, but beyond that general area I believe you will be hard pressed to find one. For confirmation, though, you can check the Sheetz Store Locater here.

Before I dive deeper into Sheetz, though, let me briefly consider some of its main competitors, beginning with the convenient stores at common gas stations, such as Amoco, Shell and BP. These never stood a chance. The convenient stores at these places are clearly corporate, that is, some higher ups decided their gas stations needed to offer beverages and snacks just to lure in folks to buy the gas, and so they threw up cheap little metal boxes to house an uninspired array of food and drink. I’m not saying these places can’t serve a useful purpose in a pinch, but I am saying they are all commerce, no love, and that lack of affection shows. Something as effuse in its emotions as a Zagnut wouldn’t be caught dead in those places.

I grew up with a Huck’s across the street, so that would be the sentimental choice, but this topic is far too weighty for sentimentality. They are found in just a handful of states where you might expect to run into a Huck Finn type chewing on a long stem of grass—Illinois, Indiana, Missouri, Kentucky, Tennessee. It may not be the best convenient store, but its Frozen Coke is, by far, the best frozen drink on the market. Another popular store across the Midwest and upper South is Casey’s General Store. I have no real complaints about the products there, but if you’re going to sell yourself as a sort of olde tyme general store, and you’re going to use an olde tyme font, then for God’s sake don’t use a cheap plastic sign. It completely breaks the spell. Casey’s could take a lesson from Cracker Barrel here with its wooden store and wooden porch and real wooden rockers. Hell, for all I know, the store may be a vinyl siding disguised to look like wood but at least, like an earnest prostitute, it cares enough to fake it.

Some might claim the Pilot Flying J to be the best, and I’ve got no truck with those folks, but the places are just way too busy for me with everything from gas to automotive service to all those partnerships with Subway and Pizza Hut and now, somehow, even Bass Pro Shops. Honestly, what’s next? Duluth Trading underwear and Dollar General school supplies? Where does this end, Pilot Flying J? What do you even stand for anymore? As for Kwik Trip, another popular store—no award should ever be given to those things that are “cutely” misspelled.

For my money, Sheetz’ stiffest competition came from Cumberland Farms, a convenient store found in New England, New York and Florida. Its design is comforting, like the nice but not glitzy home of someone you really want to visit for good conversation and a tasty lemonade, and the building blends attractively amid dark foliage. Also, its pizza is a cut (or dare I say slice) above every other convenient store pizza.

The elephant in the room of this competition is, of course, 7-11, and in the trade magazine for convenient stores, it was ranked #1, again, out of 202 stores across the land. But let me be clear: this consumerist emperor has no clothes, and its success is owing to a momentum of size and longevity that feeds an illusion of excellence, like Texas A & M football. But one day, reality will burst this bubble. The Slurpees are airy as cotton candy and cause intestinal gas, the Big Gulp is an obscenely-sized portion, the pizza is cardboard, and lest anyone not think 7-11 has Satanic tendencies, it has actually partnered with Amazon to sell some of its products. (Think I go too far? Satan’s number is 666. Add those three digits up, and you get 18. Now add 7 and 11. Mmm hmm.) What’s more, if you look at that convenient store ranking hyperlinked above, you’ll see that #1 is 7-11 while #59 is . . . 7-11 Stores. That’s right, they’re different entities. People with nothing to hide never set out to confuse, and yet, 7-11 and 7-11 Stores are designed to confuse. Get thee behind me, Satan!

But Sheetz. Ah, Sheetz. Nothing but clarity there.

My first Sheetz came in the town of its birthplace, Altoona, although I had no idea at the time. I was transporting a friend to his freshman year of college at Penn State on the Altoona campus, and on that trip I’m not sure I even noticed any of the Sheetzes in town. I helped unpack, said good-bye and headed back home. But when I picked him up for Christmas break four months later and mentioned I was hungry, he said, “Oh, we’ve gotta go to Sheetz. Their burgers are incredible.” The young man spoke the truth.

I don’t know if Sheetz was the first convenient store to offer made-to-order (MTO) food, but it was the first in my experience, and firsts always have a profound and lingering impact. I ordered a burger, and it was delicious, tasting like a real burger, which is rare among the world of convenience. I’m not casting judgment if you like a McDonald’s burger, but I am saying it’s a hamburger in the same sort of vague way that the Pringle is a potato chip or Cameron Diaz is an actor. Again, like them all you want, but be honest about what it is you like.

At Sheetz, it’s not just the burgers. Its breakfast biscuits are made with biscuits that taste freshly-baked in the back each morning, its sandwiches also taste homemade, and its salads taste fresh, really fresh, not like those pre-packaged salads made with lettuce soaked in God knows what preservative then stored in bags for who knows how long. As for tubes of pork, it doesn’t stop at the hot dog but pushes straight on to the bratwurst and an Italian sausage. It offers tacos, quesadillas and burritos that are made on the premises and aren’t stupid overreaches, like 7-11’s Verde Chicken Enchiladas or Asian Style Beef and Broccoli. And its coffee scene is, among convenient stores, in a class by itself.

It also has a sense of humor rare among just about every entity trying to make a profit, especially when it comes to humor that is self-deprecating. It calls its bakery Shweetz, and Hemingway may hate puns, but I don’t. If you go to the company website and ask how you could get a franchise, you are told you, “could marry into the Sheetz family.” I actually went to the website after my first visit because I wanted to invest in the place, and in the FAQ section I went straight to the question about whether or not I can buy stock. “We prefer to give it away,” was the answer. “But the only catch is that you have to be an employee.” And under the question about why the doors have locks if the store is open 24/7, you get the answer, “Do you know how difficult it is to find doors without locks? Besides, we like to think of them as exterior design elements.” Betcha 7-11 doesn’t have anything that funny on its website. Kwik Mart probably spells it “phunnie.”

But all as if I couldn’t love Sheetz enough, my adoration was taken to new, rarified heights when, recently strolling through the Sheetz just outside of Wheeling, West Virginia, I spotted a bag of no-bake cookies just like I ate in childhood. Now, “no-bake” is misleading because they are cooked on a stove. If you’ve never had them, they are drops of chocolate, peanut butter and oatmeal, and they are popular throughout the Midwest. I have never seen them available anywhere in a store until I saw them at Sheetz. I gasped then grabbed two bags and headed to the check-out. The lady at the cash register, sixty, thin and leathery-skinned, said, “I love these.”

“I can’t tell you how excited I am about them,” I said. “Usually the only way to get one is make it yourself.”

The lady said, “At Christmas I buy a bunch of bags then put them in separate bags and give them as gifts, pretending I made them.”

After I ate a couple, I knew she wasn’t lying. They tasted genuinely homemade.

There is, however, one chink in this armor. Sheetz sells another no-bake cookie that is pale in color—no chocolate, just the peanut butter. To one originally from the Midwest, this borders on heresy, but my mind was eased when I read the small print and saw the thing was made in Oregon. A coastal state has just as much chance of getting a no-bake cookie right as a Midwestern state does a crab cake or a Southern state something healthy. Still and all, how did such a product break and enter a Sheetz? Perhaps it has something to do with those doors with locks that are never locked.