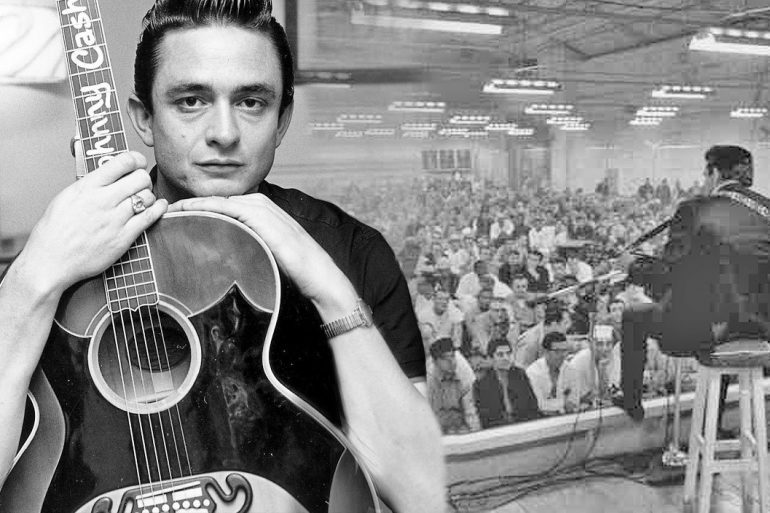 When I was a kid, my hometown held its annual fair in late August, the week before school began. It was pretty much what you’d expect of a small town, Midwestern fair—Ferris Wheel, Tilt-a-Whirl, games to win stuffed animals and plenty of contests related to farm life—livestock and flower and baked-goods competitions. It was the kind of fair that could make you think those were innocent times until you got older and realized no such thing as an innocent time ever existed anywhere. The hard-working teens getting ribbons for their cattle and blueberry pies during the day were banging doggy-style in the back of their trucks come nightfall, and many of the adults who judged the contests or manned the ticket booths or did whatever volunteer work needed to be done to make the fair go were drinking themselves silly in the beer tent at night. I went to the fair a few years back and took my son, and on Saturday night, at the beer tent, you could barely find room to move, but come Sunday morning, there were less than two dozen in the grandstands for the ecumenical church service, and that was counting the half-dozen ministers. Of course, the modern evangelical movement in America is ample proof that church attendance has no bearing on one’s inclination to actually follow Jesus; my point is that all that seemed innocent when we were young rarely was, including the local town fair.

Every night during the fair, the grandstands hosted a major event, such as the local beauty pageant, the demolition derby, or a country music concert. Given how small the fair was, it was somewhat remarkable the talent it landed—Loretta Lynn, George Jones, Minnie Pearl. One year, my twin sister and I, aged eleven or so, got into a conversation with the folks selling Tom T. hall’s paraphernalia out front of the grandstands while he performed, and she mentioned that frankly she thought Tom T. Hall sucked, at which point one of the sellers mentioned he was Tom’s son, and he looked enough like him that I didn’t doubt it. She backpedaled quickly, but he didn’t seem to really care. He’d certainly heard plenty that his old man sucked, as every child of every famous performer must, and he was having fun flummoxing a small-town girl. Another year, one of my brothers got a kiss from Barbara Mandrell after her concert, and a local columnist wrote about it for the weekly paper: “Darn kid got a peck on the cheek.” One legend who did not make it to our stage, though, was Johnny Cash.

I didn’t start listening to Johnny Cash until I was older; his music lacks that saccharine simple melody that appeals to younger ears, and it’s rather soulful and pithy stuff compared to, say, “Love in the First Degree” by Alabama, a group I loved while young but cannot stomach now, or the schlocky stuff by Kenny Rogers, such as “Lady,” or “She Believes in Me,” truly dreadful stuff, unlike some of his real country masterpieces, such as “Lucille.” My earliest memory of Johnny Cash is his house. We have family in Hendersonville, TN, just outside of Nashville, and one summer, while we visited, we all drove over to see the home of Johnny Cash, a strange thing to do given that he still lived in it with his family. The scene did not seem strange to me at the time: as best I can remember, it was at a bend on an unlined asphalt road out in the country, and just off of the road at the bottom of the ditch was a wooden fence, and down below were the acres of his home—his house, a pond, some woods. (Again, going on distant recall here; I’m sure some details are inaccurate.) The house was probably a quarter mile from where we stood, and there wasn’t much to see, but that didn’t stop dozens of us from standing there at the fence on a hot summer day just looking down at the house and pond of a famous person, a line of cars parked along the ditch, everyone pointing and whispering that that was Johnny Cash’s house, as if we might wake him should we speak too loudly. Truly, there was absolutely nothing to see. Looking back, I’m inclined to think they weren’t even there. But there we all stood, agog. It’s just astonishing the degree to which fame can make such dipshits out of us all.

As for his music, I’ve always been particularly struck by a moment in his performance of “Folsom Prison Blues” at Folsom Prison which, for those who don’t know, is just north of Sacramento, is still in operation, and is the second oldest prison in California, the first in the country to have electricity. The moment comes after he sings the famous lyric, “But I shot a man in Reno / Just to watch him die.” The audience of prisoners cheers that moment. Loudly. Whoops and hollers. I’ve always wondered why they are cheering. Is it a feat of engineering, that is, they’d been cheering throughout the song but the producers juiced the volume for that moment? Is it simply because it’s just a really fantastic line? Or is it something darker—Johnny Cash, who never killed anyone, tapped so perfectly into the mindless violent instinct that informs unpremeditated murder. Sometimes people kill for a reason, sometimes they don’t, or at least for no reason attached to their victim. That savage murder without reason—Johnny sang about that at Folsom Prison, and a significant number of his audience approved. What on earth were they applauding, and how do we respond when we hear that applause? How many of us never even really noticed the raucous cheers on behalf of a line depicting a savage, brute murder?